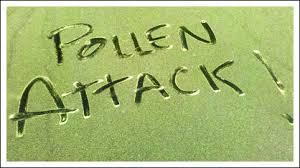 Every year as the temperatures start warming, trees and flowers start blooming and winter becomes an after thought it seems as more and more people are affected by the most harsh reminder that spring is here. Pollen, yes it is that simple little byproduct of plants that has much of our population suffering from runny noses, headaches, itchy eyes, and sneezing spells. The food and drug administration estimates that 36 million Americans suffer from seasonal allergies. While pollen is the trigger to all these unfortunate symptoms pollen itself is actually harmless. Our symptoms are actually a case of mistaken identity. In some of us our bodies actually see the pollen as an intruder in our bodies such as a virus. This causes us to have a immune response and our bodies secrete histamine. Histamine in turn causes our noses to run and eyes to become itchy because this actually helps us fight infection. Except ofcoarse we don’t actually have an infection our body just views the pollen as such. We can take medication both over the counter and prescribed such as anti-histamines but of coarse those come with side effects and decreases your immune response. Fortunately there is a better way! 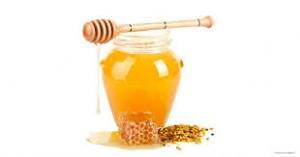 We can actually decrease our allergic reaction to the pollen with a healthy, natural, great tasting, inexpensive locally produced food! This is where honey comes in. I personally first learned of the wonders of honey from my dad. My dad was notorious for suffering from seasonal allergies every year. He literally could not go outside he would have to sit inside the house with tissue wadded up his nose for 2-3 weeks a year and this was with taken prescribed medication! One year a friend recommended he add some local honey to his diet and that’s all it took for the first time in years he was nearly allergy free and the only thing he changed was adding honey to his diet. It all sounded to good to be true but it actually makes a lot of sense how it works. See honey helps solve the mistaken identity, remember pollen itself is harmless it’s our bodies response that makes it such a nuisance. By ingesting locally produced honey our body gets a small sample of the pollen and recognizes the pollen as what it is (harmless) then when we breath in the pollen as the during that time of year our bodies have little to no reaction against it thus decreasing the allergic response. Now it is important that the honey that you ingest is locally produced because that will let your body prepare for the local pollen that you will be breathing in. So try adding honey to your coffee, to a piece of toast or just get a spoonful in the morning it just may be the thing that gets rid of that runny nose.