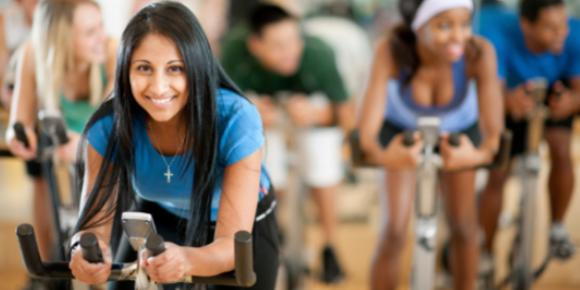 How Can Exercise Affect Your Mood?A recent Harvard study tracked the effectiveness of exercise in
comparison to anti depressants in treating depression.   The study separated people into three groups.  First group performing moderate exercise, the second taking a prescribed dose of zoloft (an anti-depressant)  and the third took both an anti depressant and zoloft.   The results were astonishing in that after 16 weeks of intervention all groups reported 60-70% of subjects could no longer be classed as having major depression.   Further more a later fallow up study suggest that the effects of exercise are longer lasting than that of medication.   Research has shown that as little as walking fast for 35 minutes a day  5 days a week or 60 minutes a day 3 days a week had significant effect on mild to moderate depression symptoms.

It’s a known fact that exercise releases certain chemicals in the brain, including endorphins and dopamine, which affect mood. Endorphins are the body’s natural pain killers – in fact endorphins are more powerful than morphine. They help an athlete to stay in the game and push past their pain after an injury.

The Benefits of Frequent Exercise

Some scientists claim that endorphins improve immune system function and lower blood pressure. They also have anti-aging effects because they attack superoxides, molecules that threaten living tissue and are responsible for illness and aging. They can also reduce anxiety and feelings of depression and raise self-esteem. Frequent exercise has a direct effect on endorphin release – the more you exercise, the more endorphins you produce each time you exercise!

Exercise also raises dopamine levels in the brain. Low dopamine levels cause you to feel mentally foggy and sluggish. Dopamine levels increase in response to a low or moderate amount of exercise. Dopamine can also help you to get a good night’s sleep unless you engage in too strenuous a workout, then it has the opposite effect of causing sleeplessness.